I didn’t know who had bought it, but there was a book written by a famous Japanese actress on my bookshelf when I was little. Although it was too difficult for me to read at that time, I had my favourite part in the book which I repeatedly read.

That was about the first day for the author to go to her primary school.

She was given an individual desk in her classroom which had a box-shaped space with a lid attached under the wooden top where she could put her textbooks and notebooks.

She was excited with the little personal room with a lid. The sound of her fluttering the lid even got her teacher’s attention in a class. Still, she couldn’t stop opening and closing the lid to check what was inside even though she had known what was there.

I was excited with her story and expecting that I would be given the same type of desk with a little lid at my school. Unfortunately, my primary school didn’t have that kind of desk: their desks only had a box-shaped room underneath without a lid. I was disappointed because I wanted to have a lid, not just a room to put my things. Despite my desire, I have never seen a desk with a lid which she described in any of my schools. 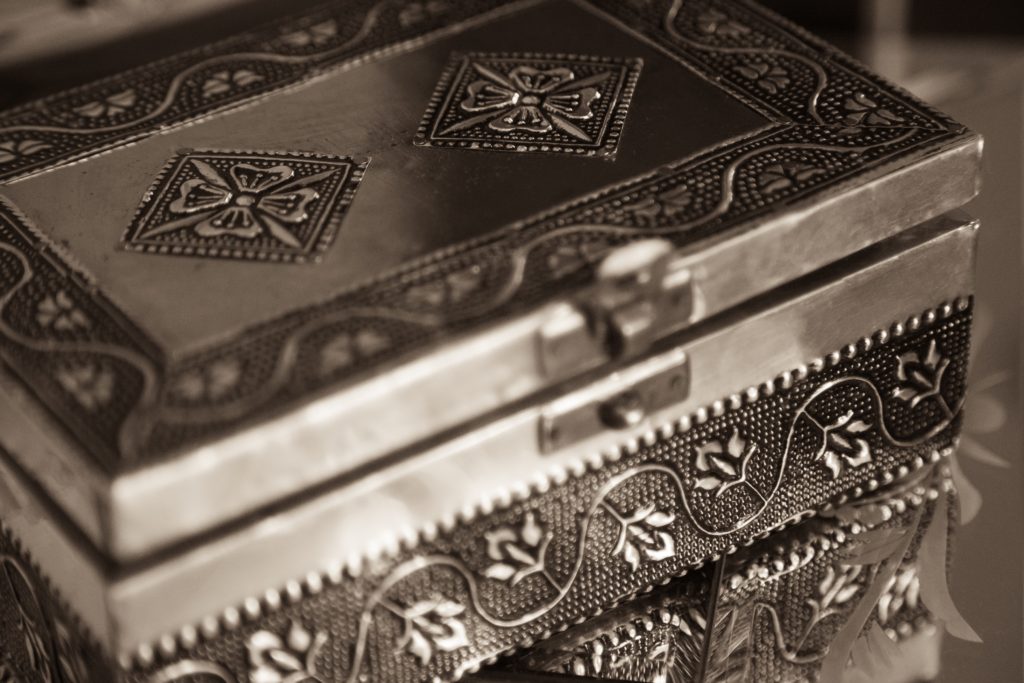 I love receiving the gift boxes. I don’t know anyone who doesn’t like.

I grew up in Japan, and I was always happy when someone gave me a Western-style box of chocolate or biscuits with green or red coloured beautiful patterns. I enjoyed the sweets inside but I was more fascinated with the boxes, especially tin-boxes. The stuff inside whatever Christmas candies or cookies never excited me as much as the box itself.

I liked keeping those boxes, though I don’t remember what I put inside them afterwards. I was happy about just having them, opening the lid and closing it, and then opening it again. It’s the expectation of opening boxes that made me happy.

People receive boxes every day and others pack as many boxes as those. Most of the time, you know what’s inside, like the boxes from Amazon. Still, it would be fun to open them. Most of the boxes are supposed to be opened, and the lids of boxes make us want to open, although there are some boxes which you don’t want to open.

We live with a lot of boxes, nowadays. Sending packages or moving houses, we pack and unpack things in boxes. And then, we are also going to be packed in an individual box one day which hopefully nobody would open anymore.

about Writing Poetry: A Prose

I published another book in English: Weird Thoughts about Creativity

A night in “Insomnia”

Coronavirus and Racism: Behind the Story

I’m Japanese, but I don’t like Manga.
The Life without Internet: We Cancelled Home Internet with Bell Canada
This is how we flew back to Canada during the Covid-19 pandemic : Self-Isolation Day 2
Slave labour in Japanese hospitals
A review of Fizz: Unlimited Internet in Montreal, Canada
The situation in Hong Kong not so bad, maybe during weekdays: our short trip to Hong Kong
Who are the most British-like people in Japan?
Things you can do to avoid infection from Covid-19 when you take flights
Sleeping in trains
Why I am writing in English, even though it’s not my native language
Subscribe