This is one of my favourite fiction stories written in Japanese; ‘The Moon over the Mountain’ (Japanese title: 山月記Sangetsuki) written by Atsushi Nakajima (1909–1942). The story was published in 1942, the same year when the author past away at the age of 33. 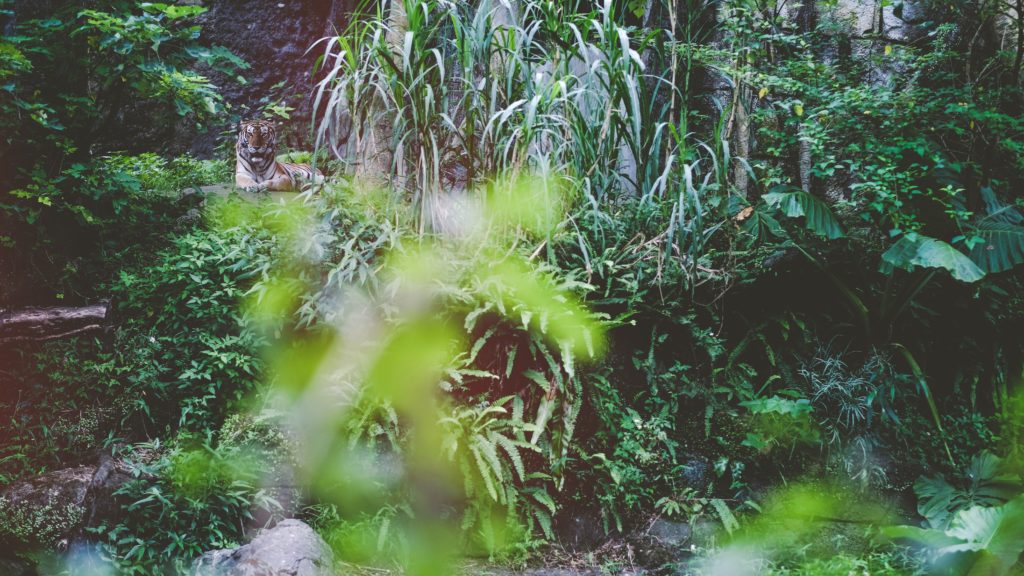 It is a story about a man, Li Zheng, who had wanted to be a poet. He had been writing lots of poems, but he couldn’t get a great reputation as a poet. He gave up his dream and started working in a government office to take care of his family.

He decided to give up being a poet, but he couldn’t completely forget about his dream. His frustration accumulated, and he couldn’t stand it anymore. One day, he ran away from his work and his society. As he was running in the forest he realised his body was transformed into a wild tiger.

One of his friends bumped into Li Zheng transformed into a beast in the forest. When the tiger, Li Zheng, was about to attack his friend, his humanity came back to him, and he started telling his story.
Li Zheng told his friend, “Everyone is a tamer of beasts.” We all have a beast inside us and we have to control it. What made him change into a wild tiger were his conceit and moral cowardice, he said.

He wanted to succeed as a poet, but he never sought someone’s instruction or joined any poets community to improve his poetry. After he gave up making a living from poetry, he still didn’t get along with his working society. He analysed that it was because he was so arrogant and cowardly. Finally, he couldn’t tame his inner monsters, and then, he turned into an ugly beast.

The story is about a poet, but it is not only for creators. It is about anyone’s life, especially when you want to achieve something. When I was learning Mandarin, which is a mainstream Chinese language, one of my teachers told me; there is a Chinese saying，

The Chinese teacher meant that you cannot develop your language skills when you are proud of what you learnt. If you want to go to the highest stage, you should never be arrogant with your ability. Self-satisfaction makes you lose your hunger for self-improvement.

If you want to learn something and improve yourself, you have to be open-minded. It’s the same thing as a writer. If I am arrogant with my creations, I believe that my readers will smell it from my writings.

It is not always easy to be just who we are because we all have beasts inside us. We need to keep our eyes on them, no matter whether you are a poet or writer or learner, in order not to get transformed into a wild tiger.

A frozen forest — a Haiku

How can we live after we lose the fear of death? — Love and Creativity

A winter draft – a Haiku

Things we can do not to get infected with coronavirus (COVID-19): writing from Japan
Extra revenue generating activities are officially allowed in Japan since 2018
Are things Expensive in Japan?
Learning Languages: Can you Write What you are capable to Read?
I got vaccinated in Quebec, Canada, but when will my parent’s vaccination happen in Japan?
Are Japanese people afraid of earthquakes?
I published another book in English: Weird Thoughts about Creativity
The Life without Internet: We Cancelled Home Internet with Bell Canada
What is the most powerful social media in Japan?
Writing poems may be a good approach when you start creative writing in a non-native language.
Subscribe