Medusa is a mythical creature in Greek mythology who has snakes instead of hair. Anyone who looks at her eyes turns into stone. My hair used to be like her hair.

I have been living outside of Japan for more than 15 years, but I never had a haircut abroad. I always have my haircut in Japan when I go back.

I have thick black hair. After it gets longer, it becomes automatically curly –like snakes. I hadn’t had a haircut for almost two years this time. When it got wet after shampooing, it was like wet and twisting heavy seaweed which has just come out from the sea. 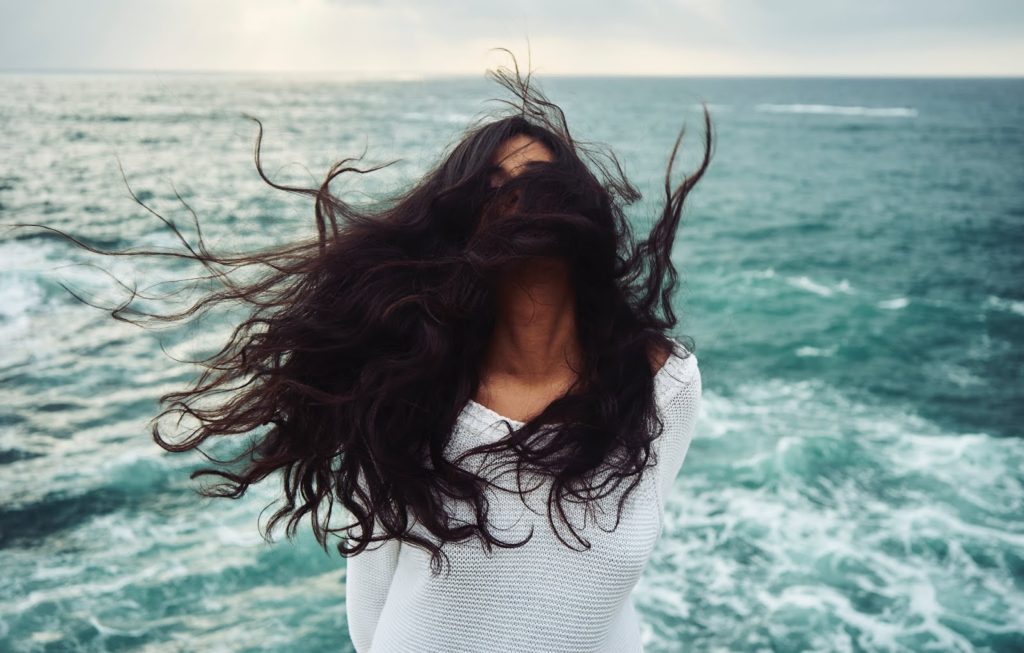 I went to the same hair salon which I go to every one or two years. My hairdresser who is a bit of a famous hair designer in my hometown still remembers me. After I sat down in front of the mirror, I said to him,

“Could you cut it boldly, please?”
“Boldly? Are you sure?” he said to me in the mirror.

I said, “Yes, please.” He said,
“But you have beautiful wavy hair.”
“You said the same thing last time too.”

We just repeated the exact same conversation every two years–it’s almost a ritual for us.

After I got my hair washed roughly, he started combing my hair. I am too lazy to brush my hair every day so my hair was entirely entangled. I said,

“Do you still need to brush it?  You are going to cut that part off.”

“I was thinking so now too,” he said and put the comb down.

He gazed at my head and started cutting it quietly. He didn’t talk much whilst he was cutting my hair. I didn’t speak much either. That’s because I hate to be talked to by someone when I focus on writing, so I imagined that he focused on cutting hair too much to say a word.

He took about one and a half hours to finish cutting my hair. My head became light, and he said,

“I think I have done the best work ever with your hair.”

He seemed to be very happy with his work and I was content too. I thanked him and paid.

“Thank you. See you in two years time!”

Before I left the shop, I saw a bunch of black hair which used to be parts of my hair. It looked like a hairy cat who was stretching her legs on the floor.

What does ‘Onegaishimasu おねがいします’ mean?— when do we use it?

What does ‘Emoiエモい’ mean?— its pronunciation and how to use it

Apr 5, 2019 Nov 12, 2019
Sponsored Links
Super Typhoon is coming to Japan
Travel from Japan to Hong Kong after the Super Typhoon

Travel from Japan to Hong Kong after the Super Typhoon
I got vaccinated in Quebec, Canada, but when will my parent’s vaccination happen in Japan?
Are Japanese people nice? : Two Japanese men arrested in Cambodia for murder of a taxi driver
Ideal Self and Real Self
Backstrap Weaving and Japanese Old Story
Who are the most British-like people in Japan?
When a poet gets transformed into a beast
Are Japanese people afraid of earthquakes?
Why I am writing in English, even though it’s not my native language
Japan Airline’s Children Seat Icon causes Some Discussion Overseas
Subscribe