Sakura may sounds familiar to you already. You might have a “Sakura Japanese Restaurant” or a “Sakura guesthouse” around the corner.

In Japanese, ‘Sakura’ means cherry blossoms, which some people say is one of the national flowers (another one is chrysanthemum). However, Sakura means much more than that for Japanese people.

Why is Sakura so important for them? ___We love it, admire it, talk about it, write about it and adore it. There are some stories that I am going to write randomly, they might be helpful to understand what Sakura symbolize to us.

Sakura and our Life 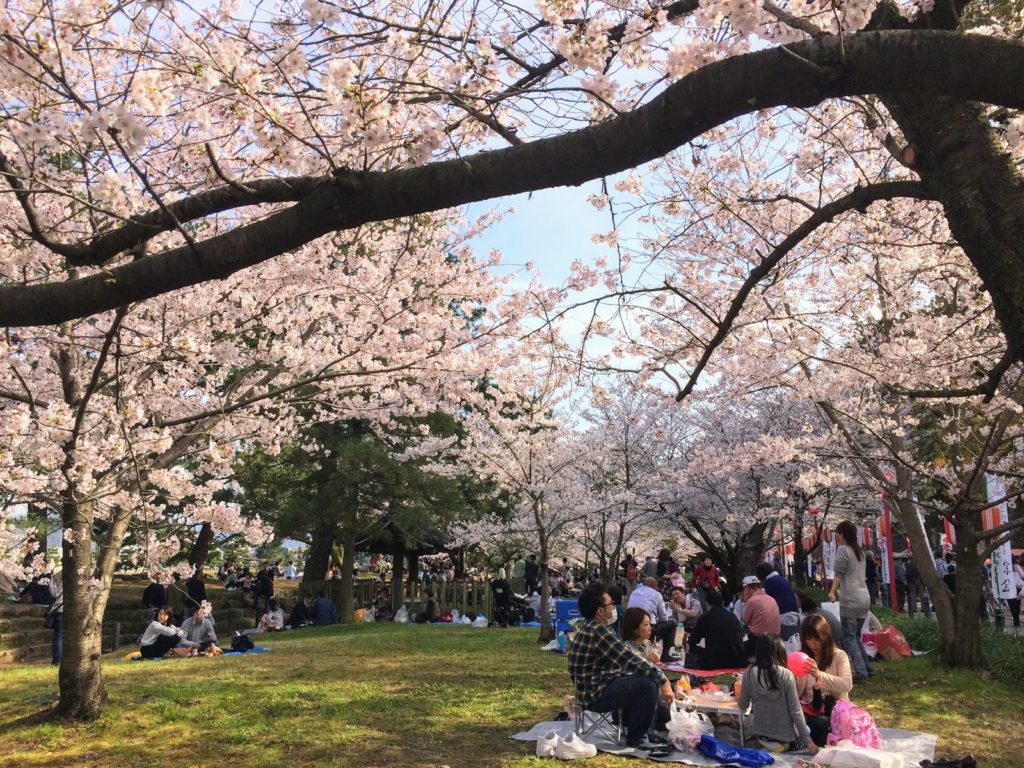 We cannot enjoy the spring without Sakura blossoms. On TV, they show when is the best timing to go to see Sakura in your living area. Sakura blossoms last very short, the most beautiful time is only one week at longest. People don’t want to miss it, so we check it on TV or online when the season is coming soon.

When Sakura flowers bloom, Japanese people like having a party under the trees. They get together with their friends, families and colleagues. If you are in Japan in this season, you can see a lot of people sitting on the plastic sheets under the cherry trees in a park, drinking, chatting, singing Karaoke and eating.

Some people take it very seriously when it is an event for their company. In order to reserve the best place, the youngest guy in the group goes there in the morning and stays until his colleagues come after work. 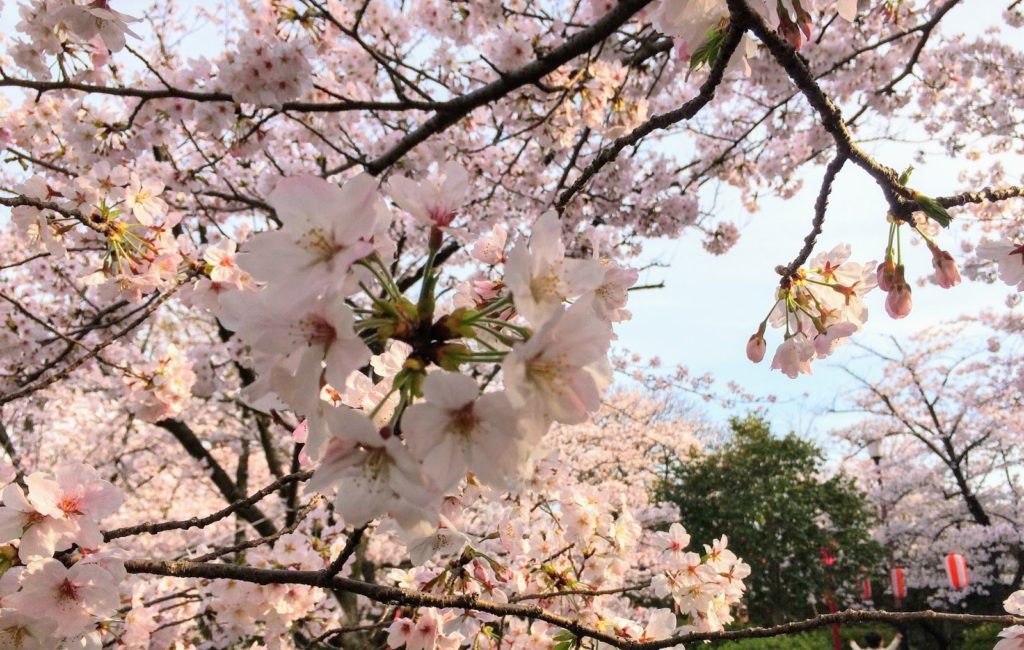 The most popular sakura blossoms in Japan are called “Someiyoshino”, which most possibly you will see everywhere in Japan. They have lots of flowers on branches, each of which has whitey petals. They are elegant and gorgeous. When all of the flowers are in bloom, it is overwhelmingly beautiful.

Someiyoshino is not a wild species, the oldest one seems to be only 140 years old. They cannot generate seeds, so they have to wait for human cloning them. In other words, all Someiyoshino you can see were planted by people.

It’s said that we have 10 wild species, including “Edohigan”.

You may spot another type of Sakura tree in Japan, which is flowering like a cascade. Most of the time, it stands alone, the branches are bending down with pinky flowers. They look like a flower falls or a Fontaine, as impressive as Someiyoshino. We call them “Shidare-zakura”, which is a type of ‘Edohigan’.

Why do we love them? 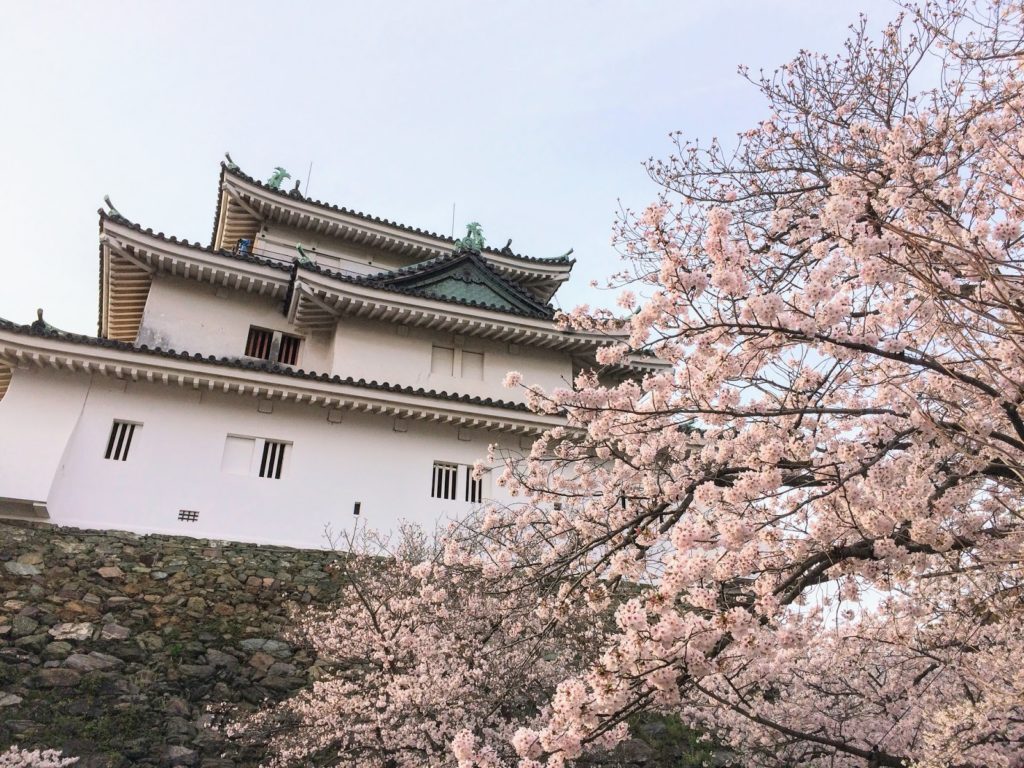 Why do Japanese people like sakura so much? Because it is amazing, astonishing, and dramatic. It’s just simply beautiful, don’t you think?

Also, blossom-life is short, which might be another reason why we admire so much. Sakura blossoms are open for only about 7 days, and the small petals start falling down to the ground. They never are ugly on the tree, always beautiful, and they are gone before getting dirty.

Sakura is a symbolic icon of “Bushido”, the Samurai spiritual, where people wanted to leave a good reputation and memory of themselves, even they have a short life. Falling Sakura is just like a “Harakiri” of Samurai, ‘clean-finishing’.

桜の樹の下には屍体が埋まつてゐる！
Beneath the Sakura tree, there is a body buried.

It tells you, Sakura is so beautiful because there is a dead body underneath and its roots suck the energy from the body. I guess, most Japanese can understand what he is saying in that story.

The beauty of Sakura is so intense, it is easy to believe that it is an explosion of life and energy. It also symbolizes life and death.

I am quite sure that there is no Japanese person who doesn’t know this old song, “Sakura Sakura”. The original song composed by unknown, apparently it was an étude for Japanese traditional harp.

Takemitsu’s “Sakura” reminds me of Sakura petals crazily blowing in the air, just like snowing. It is a mist of Sakura blossoms, mysterious and attractive.

Additionally, the word of “Sakura” came from a Japanese verb “Saku(咲く)” which means ‘to bloom’. Now, you know how important the “Sakura” has been for Japanese people.

Are women NOT worth being called by their individual names in Japan?

Is it easy to find gluten-free food and restaurants in Japan?

Writing poems may be a good approach when you start creative writing in a non-native language.
Why aren’t Medium and Patreon popular among Japanese? What is the most powerful social media in Japan?
Are people nice in Japan?
Extra revenue generating activities are officially allowed in Japan since 2018
Things we can do not to get infected with coronavirus (COVID-19): writing from Japan
Ideal Self and Real Self
What is Cryptocurrency?
An Individual Box – writing prompt: A Box
How can we live after we lose the fear of death? — Love and Creativity
“Sukiyaki (Japanese title: Ue wo muite arukou - 1962) by Kyu Sakamoto
Subscribe