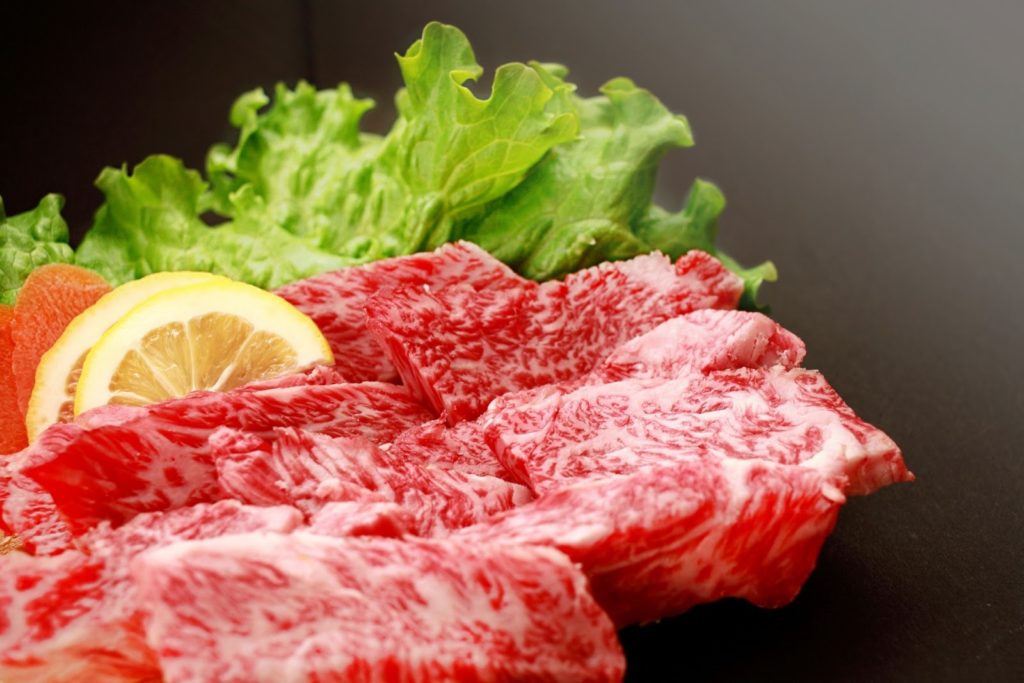 The traditional Japanese diet is based on vegetables and fish, fermented food. It has not always been common to eat animals meat. According to this chart, the Japanese only ate 45.9 kg of meat per person per year in 2009, while American ate 120.2 kg, British 84.2 kg, Canadian 94.3 kg, Australian 111.5 kg.

The reasons for the meatless diet

One of the reasons why eating meat was not so popular in Japan is because it was officially banned from the 6th century to the late 19th century, which means form the arrival of Buddhism until the end of Isolated “Edo” period. Their ancestors can be reincarnated into animals or other livings in Buddhism belief. Also, some animals such as cows were important tools for cultivating rice.

There is a geographical reason, too. Japan is the islands surrounded by ocean, so it was natural their diet relied on fish and seafood. As their mountains covered by trees occupy about 73% of the land, it was not the best idea to raise animals in limited flat open-space, either.

How did they get proteins?

They didn’t eat much meat, yet it was not difficult for them to take protein. Rice,  which is one of the Japanese staple food, contains protein, so do soybeans.

Vegetables grown without chemicals must have included some insects and worms, which would have been eaten in their dark houses under candles light. Besides of those bonus proteins, eating bugs was quite popular in the old days.

If you ask Japanese people, many of them will say ‘’I love it!”, especially younger Japanese. There are lots of Korean BBQ or Western cuisine restaurants in Japan.

Japanese beef called “Wagyu” is a famous brand. Tender and delicious snow-marbled meat is getting more and more popular worldwide. Wagyu is not only produced in Japan, but also in Australia or the USA, China.

I think it is an interesting fact that Japanese-branded beef is seen as one of the most luxurious and exquisite beef in the world even though they have not been big meat eaters in their history.

Attention! You mustn’t talk on your Phone in Public Transport in Japan!

This is how we flew back to Canada during the Covid-19 pandemic : Self-Isolation Day 2

Sponsored Links
Are things Expensive in Japan?
Japan’s New Era – ‘Reiwa’. ..Do we really need it?

Travel from Japan to Hong Kong after the Super Typhoon
You had better not make the same mistake twice in Japan
Can my flight to Japan possibly be cancelled because of coronavirus?
Does everyone have a sharp knife in Japan?
What is the most powerful social media in Japan?
Why do I blog in English?
The situation in Hong Kong not so bad, maybe during weekdays: our short trip to Hong Kong
Japanese Drinking Culture (1) In a Train
Super Typhoon is coming to Japan
Are people nice in Japan?
Subscribe