I am going to Japan next week. At one point I had thought about cancelling my flight, but I am now thinking that I will go to Japan as scheduled. However, is it possible that my flight could be cancelled by any chance?

My niece in law’s flight to Japan was cancelled

My niece in law was initially planning to go to Japan this month for sightseeing, but her flight was cancelled because it was via China.

She got a  full refund for her flight and is now trying to re-arrange her holidays, but I don’t think she is going to Japan this time.

The possibility of cancellation of flights to Japan

The reason that her flight was cancelled was because it was via China.

Japan Airline announced that they had cancelled or reduced their flights for China until the end of March. 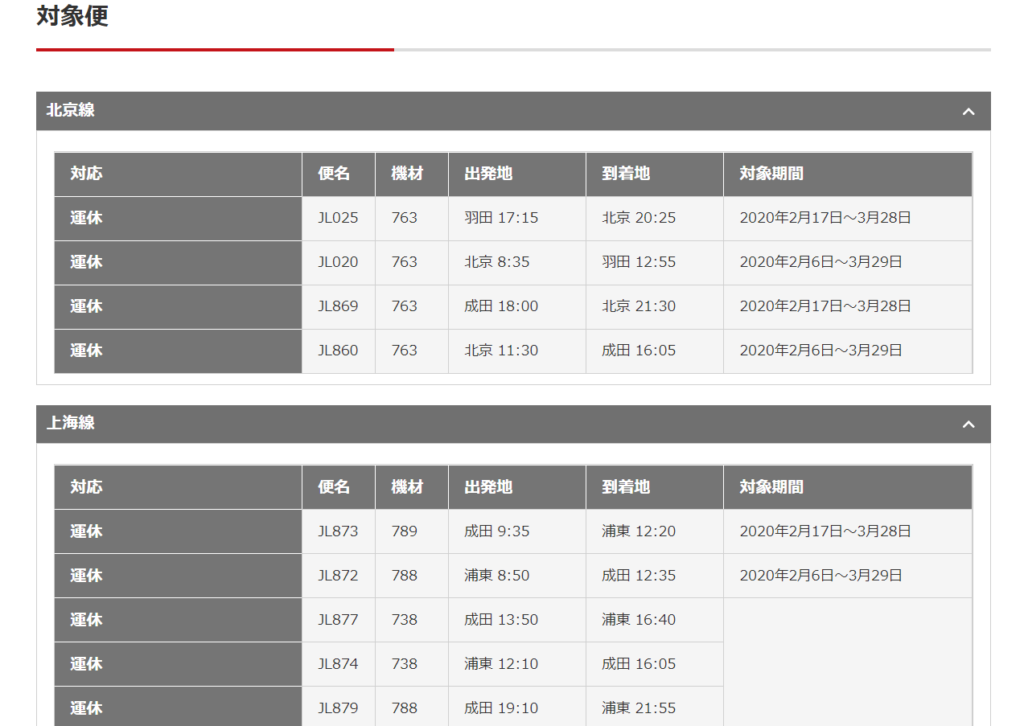 If your flight is via or from China, it is possible to get cancelled. My flight from Montreal via the U.S. shouldn’t be cancelled, on the other hand.

The possibility of getting your flight to Japan cancelled is very little unless it is via China. Still, some events in Japan might be cancelled if you are planning to join some kind of events.

Some of the sports events planned in Japan have already been cancelled in Tokyo (partially), Nagoya (partially), Shizuoka, Okayama. It’s not only about sports events, but also lots of other events such as ceremonies and academic events.

Japanese government recommends people reconsider their events if they are expecting to have lots of people get together in order to avoid the risk of coronavirus infection.

Another interesting phenomenon is that remote-work is getting popular in Japan after the outbreak of coronavirus. Some companies already announced that they let their employees work from home, and it could spread more widely.

The Japanese government has been suggesting remote-work to people because they want to reduce the congestion on public transport before the Olympics in Tokyo, though people even start doubting whether they can hold the games as planned.

However, promoting a new workstyle is not easy with conservative Japanese companies. Ironically, it seems to have accelerated because of the coronavirus situation.

Better to check your events are not cancelled as well

If you are planning to go to Japan now, I recommend checking whether your events are cancelled even if your flight isn’t cancelled.

I am going to Japan anyway as planned

My flight shouldn’t be cancelled and I am going to Japan as I have planned. My mother asked me to buy some face masks and hand sanitisers. She said that it is now impossible to buy them in her town in Japan. She normally asks me to bring maple syrup back, but she said that she prefered hand sanitizer instead this time.

I was surprised that it was not easy to get face masks even here in Montreal, Canada, already. Most places are sold out, but I managed to buy a few, including one for myself to use in the airplane and on the way home from the airport.

Coronavirus - Should I cancel my flight to Japan this month?
My flight is scheduled for the 26th of February 2020, and I am planning to stay in Japan with my family for three weeks....

How do you say Delicious in Japanese? What does “おいしいOishii” mean, and How to use.

Coronavirus and Racism: Behind the Story

What does ‘Onegaishimasu おねがいします’ mean?— when do we use it?

Is it easy to find gluten-free food and restaurants in Japan?

Is it easy to find gluten-free food and restaurants in Japan?
Travelling in Japan is not expensive.
Why do I blog in English?
An Individual Box – writing prompt: A Box
Why do we travel?
Does everyone have a sharp knife in Japan?
Creative Writing Changed My Life
What and who is blogging for?
Language and Identity
Are Japanese people afraid of earthquakes?
Subscribe