We, Japanese people, share the symbolic characters called ‘Kanji’ (‘Hanzi’ in Mandarin) with Chinese people. Children even have to learn ancient Chinese poetry in high school as a part of classical literature in Japan.

春眠不覺曉
處處聞啼鳥
夜來風雨聲
花落知多少
Spring sleep, never know about the dawn
Birds are singing here and there
Last night, the sound of wind and rain
How many flowers were scattered
『春暁』by 孟浩然(Meng Haoran, 689–740)

This is one of the most famous Chinese poems among Japanese people. Needless to say, it is popular amongst Chinese people too.

I learnt this poem in high school and I liked this style of Chinese poetry. Perhaps it was the first moment when I got interested in Chinese as a language.

I wanted to take a Chinese course as a second foreign language (the first foreign language was English) in university, but they were exclusive and only accepted students who were planning to major in Chinese. I couldn’t take the Chinese lessons because I was going to major in fine art. Instead, I took German, which I don’t remember at all now.

Still, I could not give up my passion for learning Chinese and so I started self-learning. After I dropped out of university, I took private Chinese lessons and ended up going to China to learn more.

Besides Chinese, I have learnt French and Spanish as well, but I have always loved learning Chinese the most. I think it is because the Chinese language has given a significant impact on the Japanese language and culture. 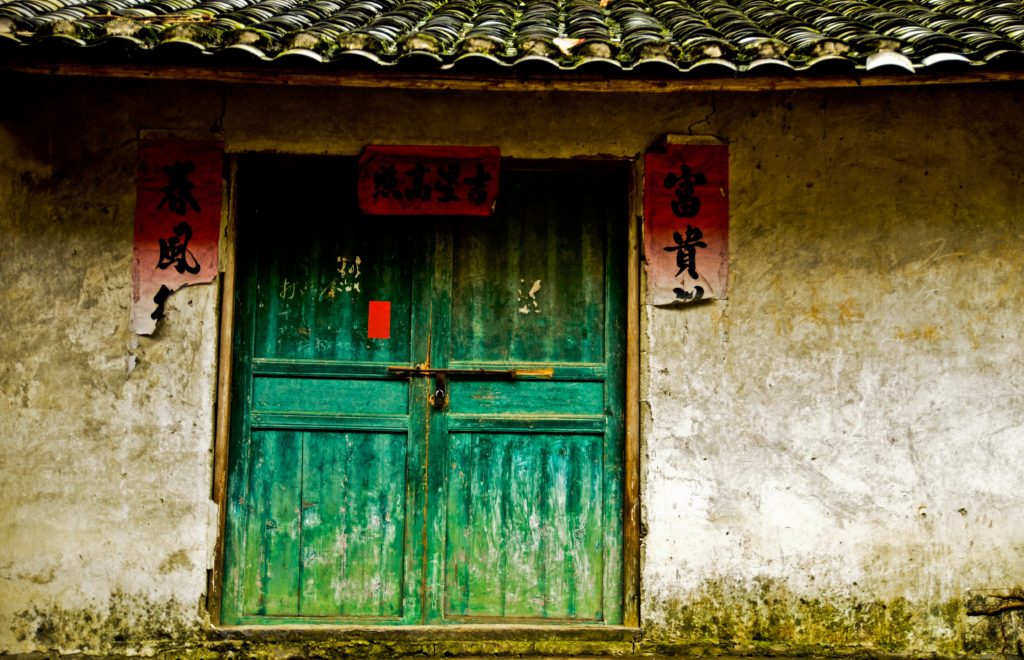 The Chinese letters, which we call ‘Kanji’ in Japanese, is supposed to have been born 3,500 years ago somewhere in China. What were we — Japanese people — doing at that time? It seems that we were collecting nuts in woods or fish in the sea, or making clay pots. We must have used a primitive language to communicate and we didn’t have letters yet.

Although I am not an expert on the linguistic history of Japanese and Chinese, as far as I know, Japanese people saw Chinese letters for the first time in the first century. We started importing Chinese characters in the third century via the Korean peninsula and the process took centuries.

Language always has a connection with some other things. What the Japanese people learnt from China in ancient times was not only its language, but they were also influenced by Chinese philosophy and thoughts, including Buddhism and Confucianism. Those are part of the upstreams of Japanese culture.

Our trading of Languages was not always one-way. Let’s jump to recent centuries.

In modern Japanese, we have absorbed lots of Western ideas. When they had to translate Western terms into Japanese, they combined ‘Kanji’ letters to create new Japanese words. ‘Kanji’ is a symbolic letter, while other Japanese alphabets such as Hiragana or Katakana are phonetic, which were created from ‘Kanji’ characters.

When they find a new Western word, they chose a couple of ‘Kanji’ letters which had similar meanings with the original Western word and put them together. As they introduced lots of Western ideas, they made up many words. It was a ‘flood’ of new Japanese words.

For example, 現代(modern), 社会(society), 義務(duty), 権利(right); these were all born in the modern era. The same thing happened in Chinese and we traded the newly translated words with each other. So, we have the exact same words with the same meanings both in Japanese and Chinese (the pronunciation is different though), including the four terms I wrote as examples.

Now that we have so many new words, the idea of which came from the West, it is difficult to say which one originated in Chinese and which one is from Japanese.

That is my understanding of the history of our exchanging of words and letters. The more I learn Chinese, the more I think about the Japanese language and our identity.

Japan and China have a love-hate history as neighbours. There are some Japanse people who don’t like China and Chinese, and vice-versa. However, we cannot deny that we also share many common roots.

The identity cannot be separated from the language. A part of the Japanese identity must have come from Chinese culture. That’s why I loved learning the Chinese language so much.

What does ‘Sugoi すごい’ mean?— Pronunciation and How to Use it